“Remarks like that were embedded in my head and took up precious space that should have been occupied with other things but wasn’t.” – Ray Midge, The Dog of the South by Charles Portis

One of the things I enjoy about dramaturgy (and writing!) is becoming a temporary expert on all kinds of unexpected topics. And once I learn those things, I want to share them! “Ask Me About” is a continuing series of posts about trivia and knowledge I pick up in the course of rehearsals and research.

More accurately, we were trying to figure out what a young man in 1970 — particularly a military history buff, like Ray Midge — might think about the draft. What were the odds he might get conscripted?

Some background first, for those of us who are too young to have experienced the 1969 lottery. The Selective Service System was established by a Congressional act in 1917, to facilitate the government’s ability to muster forces in times of war. There have been a few conscriptions in US history, but the way the draft was administrated has been different each time: during WWI, for instance, the draft was run by local boards that disproportionately conscripted black and poor men. In WWII the draft was administered a little more fairly with a national lottery. 1.5 million men were drafted and inducted during the Korean War — hardly anything compared to WWI’s 3 million men and WWII’s 10 million.

But we’re concerned with the 1969 lottery and the draft of 1970. The lottery was held on December 1, 1969, and for an event that caused so much controversy and social upheaval, it was a pretty slapdash affair. 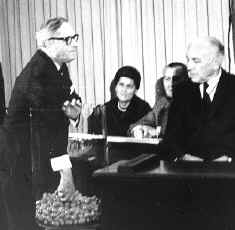 Numbers 1-366 (one for each day of the year, including February 29) were written on slips of paper and placed in individual plastic capsules. These capsules were put into a shoebox, mixed up by hand, and then put into a glass jar. The officials then drew capsules — birth dates — and assigned numbers 001 through 366 to them. The first number drawn was 258 (September 14), so all male US citizens born on September 14 between the years 1944 and 1950 were assigned the number 001.

Draft numbers 001-195 were ultimately called up to appear before the draft board, though not every man who received a draft notice was inducted into the army. Some were declared unfit for service due to moral failings — the mean, nasty, ugly folks joining Arlo Guthrie on the Group W bench — or physical unfitness. Others got student deferments, or had conscientious objector status. 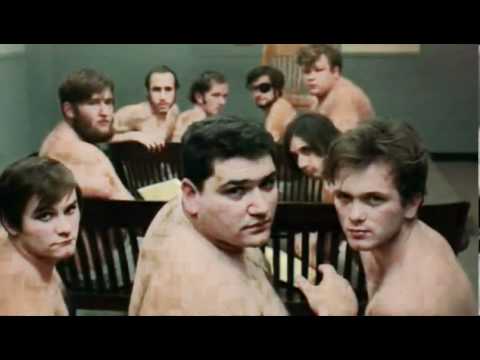 "Kid, I want you to go over and sit down
On that bench that says 'Group W'."

And then there was draft evasion: men who cultivated physical unfitness, claimed they were gay, or just straight-up fled the country. Many methods of draft evasion were more available to healthy young men with income — feigning illness, going to college, or leaving the country cost money. As such, the draft continued to affect men in lower economic brackets, especially non-white men, more than the rest of the population. (Notable rich white dudes who avoided the draft: Bill Clinton and Dick Cheney, both with student deferments, and Rudy Giuliani, whose job as a law clerk was deemed essential.)

Critics also pointed out that there were noticeably more men with November and December birthdays drafted. It turned out that the capsules had been put into the shoebox month by month — January at the bottom, December at the top — and then not very well mixed up. Whoops. When the SSS held another lottery in 1970, they improved their randomization.

All this being said, the draft affected so many young men, and the Vietnam War was so unpopular, that in 1973 the DoD announced that the army would switch to an all-volunteer force. Such is the current state of things — technically speaking, the draft could be brought back at any time, but the chances of that are pretty slim.

Sidebar trivia on women and the draft: Women have been, and still are, exempted from the draft. In WWII the SSS considered lifting the exemption due to a shortage of military nurses, but enough women volunteered that that proved unnecessary. The question of exemptions for women has been revisited a couple of times, most recently during the Clinton administration. But every time the DoD has examined the question, they’ve concluded that since women are not officially allowed in front-line combat positions, there’s no reason to include them in a hypothetical draft.

However, in 2013 the Pentagon finally lifted the ban on women in combat (which is to say, they gave an official stamp of approval to something that was already happening). That makes it much more likely that if/when selective service is reviewed again, the exemption will be lifted. Progress marches forward!

One thought on “Ask Me About: The Draft”