One year ago, according to Facebook, my friends Jéhan and Heather challenged me to take the Tempest Bradford Challenge: for one year, stop reading stories by straight white cis male authors, and read only stories by people who identify as female/queer/POC/trans/disabled. I blogged about some of this under the tag “year of reading diversely“. So how’d we do?

This is a mostly complete list; I wasn’t smart enough to start Goodreads page or anything because I figured I’d be blogging about each book, more fool me. Starred books are books I did not finish. ♥’d books are books I had read before.

†I include these for completeness’ sake and so you don’t get an idea that I was always terribly high-brow in my quest for authors. Also I read them for a job. No fooling.

Did I learn anything?

A few things about myself: I learned that audiobooks are awesome when you have long walking commutes, and that I read printed books a lot more when I have long transit commutes. I rediscovered a love of physical books that had waned for a while with the advent of smartphones. I learned that when left to my own devices, I reread favorite books a lot more than I seek out new stuff. I confirmed that I have almost zero interest in literary fiction, unless it’s genre fiction in literary drag, and even then it’s a tough sell. (Lookin’ at you, Borges and Márquez and Murakami. You too, Zimler.)

I learned a few things about access, too. I mentioned this in an earlier blog post, but one thing that happened was that I often had trouble getting copies of the books I wanted to read. I can get a copy of the latest James Patterson in any format I want with no waiting, but when I tried to get a copy of The Hundred Thousand Kingdoms in e-book format (twice), I had to get on a waiting list. Ditto Ann Leckie; ditto Naomi Novik. It seems like there’s a high demand for genre books by women, but the supply doesn’t necessarily keep up. (To counterpoint, though, I also had to get on the waitlist to get a copy of The Brothers K by David James Duncan — a straight white male author if ever there was one — but that probably had a lot to do with the fact that Book-It Repertory was producing a theatrical version of it (which was also why I broke the “no SWM author” rule to read it, because I was working on the play (which was also why I read Raymond Carver who is even more of a straight white male author than David James Duncan))).

It was also, generally speaking, easier for me to grab a book by a female author than by a male author of color. If I had nothing to go on besides a title and the name of an author I’d never heard of, I was more likely to go for a visibly female name than to try and figure out if a male author was not white or not straight. (Though I did try. Often that information is not easily available, for understandable reasons.) I don’t remember exactly how I got turned onto Richard Zimler, but I think it must have been a happy accident that I discovered he’s an openly gay Jewish author — otherwise it’s very likely I would have passed him by. As a result, I’m not totally satisfied with myself in that aspect of this challenge. My list of authors read is heavily skewed towards (presenting as straight and cis) white women. I’d like to read more genre fiction by men and women of color.

Reading so many female authors did throw two aspects of the male authors’ style into sharp relief, though: the writing of female characters and the writing of sex. In some cases — Borges — the women were non-existent. In some cases — Zimler, Murakami — they were written competently but with broader, less interesting strokes than the male characters. And in most of the books I read this year by male authors, I found the discussion of (always heterosexual) sex boring as hell.

[Computer shenanigans ate the final paragraphs here, which is okay because I wanted to edit in something anyway.]

But did you enjoy it?

I did, for lots of reasons! I read a lot of books that became new favorites: the Imperial Radch series, Binti, the Borges stories, and the Lord Peter Wimsey books feature high on that list. I read some books that I enjoyed while also having some problems with them: I liked the mystery and history in Last Kabbalist while finding the sex scenes off-putting, I liked the imagery and poetry of One Hundred Years of Solitude while finding the pace too slow for my taste, I liked the world-building of Left Hand of Darkness while also wanting to throw the book across a train at that one death. I read some books that I liked fine, but doubt I’ll reread.

Some books I bounced off of pretty hard. I didn’t enjoy Fledgling, despite enjoying Octavia Butler’s Xenogenesis books a great deal. I know I need to give Murakami a second chance with something that’s not his first novel, because while I didn’t connect with Wind/Pinball, I found his foreword to the collection engaging and inspiring.

But I read so much more in the last year than I’ve read . . . honestly for years, maybe since my freshman year of college. I finished fifteen books! Eleven of them new to me! At some point I fell out of the habit of carrying a book with me everywhere, and in the past year I’ve gotten back into it. My library card has gotten a fantastic workout, and given SPL’s extensive audiobook collection on Overdrive and their Your Next 5 Books service, I expect to keep patronizing them.

I’ll be honest, I’m looking forward to reading Stephen King again, especially with the Dark Tower movie slated for next year. I also want to give some of the books I didn’t finish another chance, and read some different stuff from the authors I didn’t quite connect with. And even as I pick up some of my favorite books up again, I want to keep this awareness of a wider range of voices in mind as I read more new-to-me stuff. Moreover, I want to carry it into the other stuff I read, not just fiction. Comics, plays, even research materials — I want to keep looking for the female, queer, non-white, disabled, non-Christian authors first.

Previously on A Year of Reading Diversely. 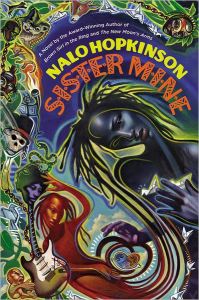 Check it out if you enjoy: Someplace to Be Flying, Anansi Boys, urban fantasy that’s not about vampires

Guys, I really like audiobooks. I got on the bandwagon kind of late, but since I’ve been doing most of my commuting on foot this summer, I’ve found they’re a great way to consume fiction on-the-go. (And considerably safer than my usual method of gluing my eyes to my phone while navigating Denny Way. Nothing has really changed since I was a kid, when my mom constantly told me to stop reading while I’m walking — only the medium.) But they do present a couple of challenge when it comes to reviewing. It’s harder to go back and reference stuff, for one thing; I don’t have spellings of names and places easily available, for another. Most of all, though, listening to someone read the book adds another layer of interpretation between me and the author’s words, and I have to take that into account when talking about my impressions of the book. So reviewing a novel I consumed on audiobook is a little more like reviewing a play or a movie: there are the author’s words, and there’s the performance and interpretation of the reader.

And but so anyway. Sister Mine is a 2013 urban fantasy novel by Jamaican author Nalo Hopkinson. The story centers around Makeda Joli and her sister, Abby. Abby and Makeda are formerly-conjoined twins with a fraught relationship, and they’re biracial — in that they’re half human and half god. Their father, Boysie, is Papa Bois, the Trinidadian god of living things; their mother, Cora, is a human woman. Well, was a human woman. She’s a lake monster now. It’s complicated. You know how gods are.

END_OF_DOCUMENT_TOKEN_TO_BE_REPLACED

Recently, I asked my social circle for book recommendations — specifically genre fiction (sci-fi, fantasy, horror … basically anything that wouldn’t be called “literary” fiction by the New York Times), by authors who aren’t straight white men. My friend Jéhan mentioned K. Tempest Bradford’s challenge, which is based on the idea of reading only non-straight/cis/white/able-bodied/male authors for an entire year. At which my friend Heather, being a competitive sort, threw down the gauntlet and dared me to take up that challenge.

So here we go! A Year of Reading Diversely. First up: 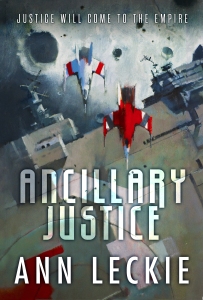 Check it out if you enjoy: Star Wars, Mass Effect, Battlestar Galactica, The Vorkosigan Saga

I started with Ancillary Justice because, well, I had a long list of authors and books, and Ancillary Justice was the first one that was actually available as an ebook from the Seattle Public Library. It seems telling to me that the very first thing I experienced when embarking on this challenge was an obstacle of accessibility. In many cases, SPL just straight-up does not have enough copies of books by authors from marginalized communities — women, LGBTQ people, people of color — to keep up with demand. I’m delighted to know that so many people in Seattle want to read Nalo Hopkinson and Octavia Butler, sure. But just as many people must want to read Girl With the Dragon Tattoo, which I was able to get immediately. Obviously there are best-selling authors from marginalized communities that I can check out easily, like Suzanne Collins, but my “Recommended for you” screen includes starts with James Dashner, Dan Brown, and George R. R. Martin.

Anyway, on to the actual book.

Ancillary Justice is told from the point of view of One Esk (alias Breq), an ancillary: a human body inhabited by a fragment of an AI that once ran a warship called the Justice of Toren. The novel opens with the narrator on a remote planet in the Radch empire, where she discovers one of her former captains lying beat-up in the snow outside a bar. For much of the first half of the novel, the narrative switches between Breq’s attempts to find a reclusive doctor with her extremely unhelpful captain in tow, and an extended flashback to Justice of Toren‘s time on a newly-annexed planet.